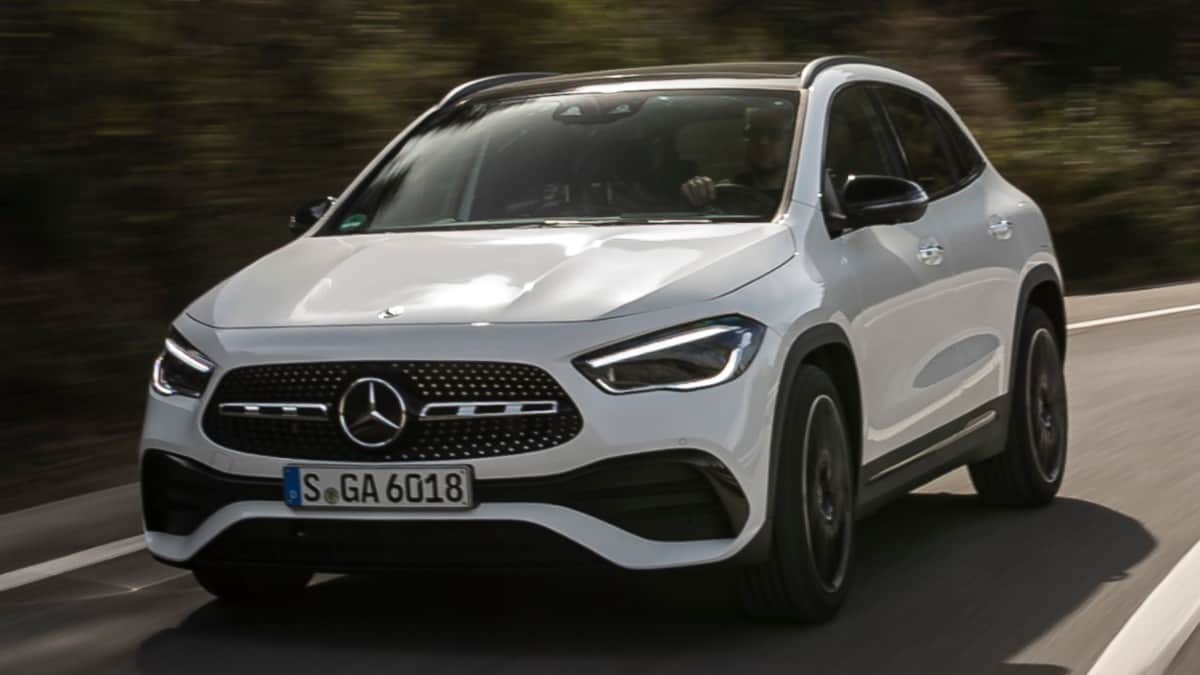 The new generation of Mercedes-Benz GLA is the eighth model to join the line-up finishes the current compact-car generation from a premium brand. At the same time, it is the entry-level model in the brand’s successful SUV range. It has more character compared with the previous model, a height of 1611 millimeters (1616 with roof rails), the new GLA is more than ten centimeters higher than its predecessor. The correspondingly higher seating position also comes with more headroom in the first row. Legroom in the rear is likewise much more generous – even though the GLA is now one-and-a-half centimeters shorter. Hallmark off-road design features include the upright front section, short overhangs at the front and rear, and protective cladding all around. 4MATIC models feature the Off-Road Engineering Package as standard. This comprises an additional driving program, a downhill driving assist function, and an off-road animation in the media display, along with, in combination with MULTIBEAM LED headlamps, a special light function for off-road driving.

The GLA features powerful overall proportions with short front and rear overhangs. The front section flows over the A-pillar into the visually compact greenhouse. Stylistic powerdomes in the bonnet accentuate the self-assured appearance, as do the flush-mounted wheels in sizes up to 20 inches. The clear contours, with reduced lines and accentuated planes, convey serene sportiness and modernity. Typical of the GLA are the powerful shoulders of the bodywork and the coupé-like lines of the side windows. This contoured side profile gives the car its dynamically elegant flair and offers an interesting play of light and shadows.

The seating position for both the driver and the front passenger is higher and more upright than in the preceding model, and thus more typical of an SUV. The seating position is 97 mm higher than before. Compared to the A-Class the difference is 140 mm, and to the B-Class 52 mm. All-round visibility has also been improved – partly thanks to optimized roof pillar cross-sections, which obscure less of the surroundings. Although shorter than its predecessor on the outside, the new GLA offers a more spacious interior. This is particularly true of the legroom in the rear and the boot space. The rear seats can be optionally adjusted by 14 centimeters and the rear seat backrest set to a steeper rake, making room for such items as bulky boxes.

The new GLA makes a further step in terms of safety courtesy of its driving assistance systems with cooperative driver support. The enhanced functions of the Driving Assistance Package include, for example, the turning manoeuvre function, the emergency corridor function, the exit warning function alerting the driver to approaching cyclists or vehicles, and a warning when pedestrians are detected near zebra crossings. The GLA is able to react when the driver doesn’t. In many situations the function of Active Brake Assist is to apply autonomous braking to avoid a collision or to reduce its severity. At typical city speeds the system is also able to brake for stationary vehicles and crossing pedestrians, and avoid collisions depending on the situation.

With powerful and efficient four-cylinder engines, the latest driving assistance systems with cooperative driver support, the MBUX infotainment system with intuitive operation as well as the comprehensive ENERGIZING comfort control, the GLA has all the strengths of the current generation of compacts from Mercedes-Benz. An EQ Power model with a third-generation hybrid drive will already be available in the first half of this year. And the EQA, a fully electric model, will follow by the end of the year.