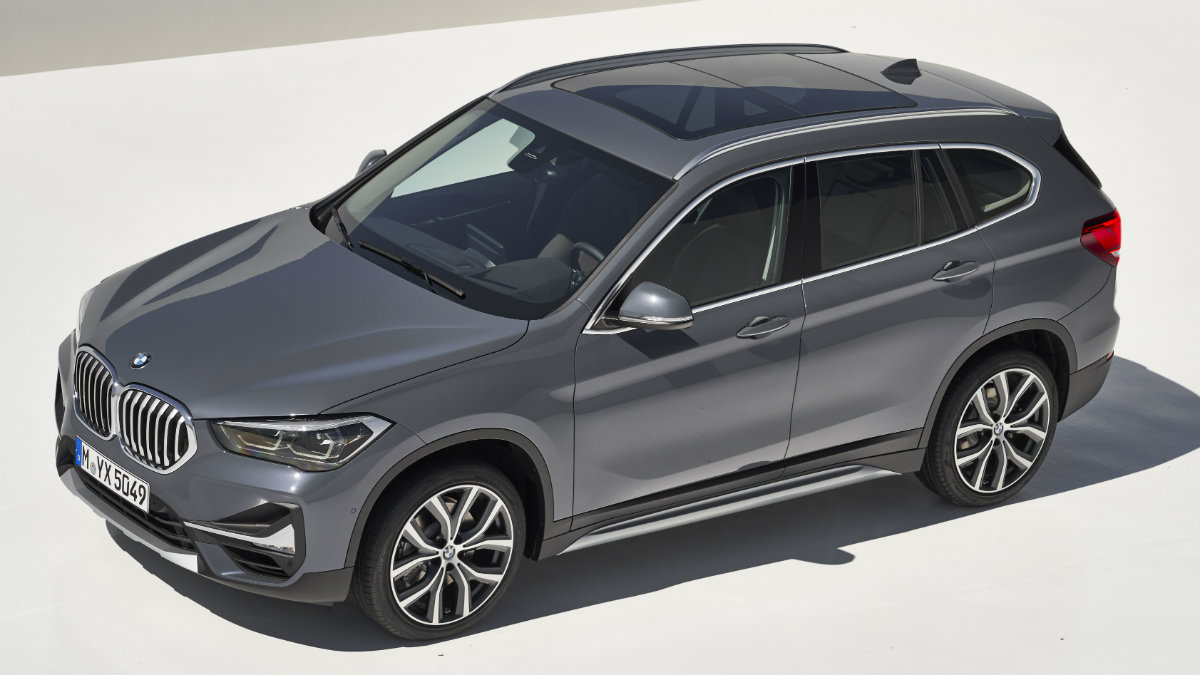 The latest update makes the BMW X1 a more desirable, with design revision, level of versatility and a range of cutting-edge equipment on board. Under the bonnet, powerful and efficient three- and four-cylinder BMW TwinPower Turbo engines and BMW xDrive intelligent all-wheel-drive system, all that for driving pleasure. The current BMW X1 wasted no time post-launch in winning over customers with its distinctive design, the compact Sports Activity Vehicle now cuts an even bigger piece of the market. The X1’s refreshed design has been modified heavily at the front and rear. Each of the variants has been given an individual visual presence tailored to its character. The BMW X1 M Sport is an athletic-looking option, a courtesy not least of lowered M Sport suspension, BMW Individual High-gloss Shadow Line trim with extended features and the M Aerodynamics package.

The new BMW X1 brings a dominant, imposing aura at the front end, new larger BMW grille links with new Adaptive LED headlights including redesigned light iconography and a bumper with integrated LED fog lamps and bigger air intakes. The rear of the X1 also introduces new stylistic features. For example, the new inlay in the body-colour rear apron adopts the car’s main body colour. This new feature is included as standard and lends the rear end of the BMW X1 an even stronger sense of inherent class and coherence.

The drivers-side exterior mirror, which projects a two-tone LED “X1” image when the car is unlocked. This is not only a visual trick but also makes getting into and out of the car easier. The attractive new design of the X1 is even further enhanced by three new exterior colours – Jucaro Beige metallic, Misano Blue metallic and the ultra-exclusive BMW Individual Storm Bay metallic – and four new wheel designs. The model update is also an exercise in future-proofing for the BMW X1. All the petrol and diesel engines will meet the EU6d‑temp exhaust emissions standard, the BMW X1 sDrive16d and BMW X1 xDrive25d already fulfil the EU6d norm. The power generated by the efficient yet sporty three- and four-cylinder engines gets translated – via BMW xDrive intelligent all‑wheel drive or a cutting-edge front-wheel-drive, depending on the variant – into dynamic performance on the road and supreme driving pleasure over rough terrain.

The BMW X1 xDrive25i is one of the top-performing models in the range in terms of dynamics. Its 170 kW (231 hp) engine teams up with the precise eight-speed Steptronic transmission to propel the car down the road with unbridled vigour. It epitomizes the multi-faceted sporting ability which distinguishes all BMW X1 models. The xDrive25i races from 0 to 100 km/h (62 mph) in just 6.5 seconds. Combined fuel consumption comes in at 6.8 – 6.3 l/100 km (41.5 – 44.8 mpg imp). The updated BMW X1 line-up now comprises 16 engine/transmission combinations, ensuring all customers have a wealth of possibilities from which to choose. The suspension technology of the BMW X1 provides all models with the fleet-footed agility familiar to customers, delivers precisely controllable handling and imbues the car with sublime overall dynamics. The xDrive intelligent all-wheel-drive system available for many of the models in the range splits drive torque between the front and rear axles to suit the situation at hand. The result is a combination of supreme traction, excellent directional stability and dynamic élan in all weather and road conditions.

The impressive efficiency of the petrol and diesel versions offered for the new BMW X1 merely whets the appetite for the arrival of the first BMW X1 with the plug-in hybrid drive system. The debut of the new model next year will see BMW stepping up the electrification of its vehicle line-up once again. The BMW X1 xDrive25e – due to enter production in March 2020 – is fitted with the latest, fourth-generation BMW battery technology, which gives the battery a gross energy content of 9.7 kWh. As a result, the plug-in-hybrid BMW X1 can cover more than 50 km(31 miles) on electric power alone. So the driving qualities of the BMW X1 on the road are hugely persuasive – and the same goes for the versatility of its interior. Advanced technology joins forces with generous levels of space and countless smart and functionally adept solutions.

The high-quality standards of the BMW X1 are evident, for example, in the new contrast stitching on the instrument panel, which is black on its upper section and adopts the colour of the interior upholstery lower down. The contrast stitching is available for the xLine, Sport Line and M Sport models. In these variants of the X1, the floor mats also gain coloured edging and contrast stitching for the edging. The BMW X1 can also be ordered with a choice of three new upholstery variants. One of the highlights of the BMW X1 interior is the Control Display. A centrally mounted 6.5-inch screen is included as standard. If a navigation system is specified, either an 8.8-inch or the new 10.25-inch Touch Control Display – which can be operated using the BMW iDrive Controller, voice control or touchscreen technology – comes as part of the package.

The Control Display represents the ideal platform on which to explore the BMW X1’s richly varied infotainment offering and access the digital services from BMW ConnectedDrive. The latest versions of these are available as an option in the BMW X1. The remarkable versatility of the BMW X1 is not confined to all things digital; its interior can also be adapted to individual requirements. For example, the rear seats can be folded down in three sections (40:20:40) and, as an option, slide forward by up to 13 cm. Options such as automatic tailgate operation and Comfort Access – which team up to enable hands-free tailgate opening and closing – raise convenience levels another notch.