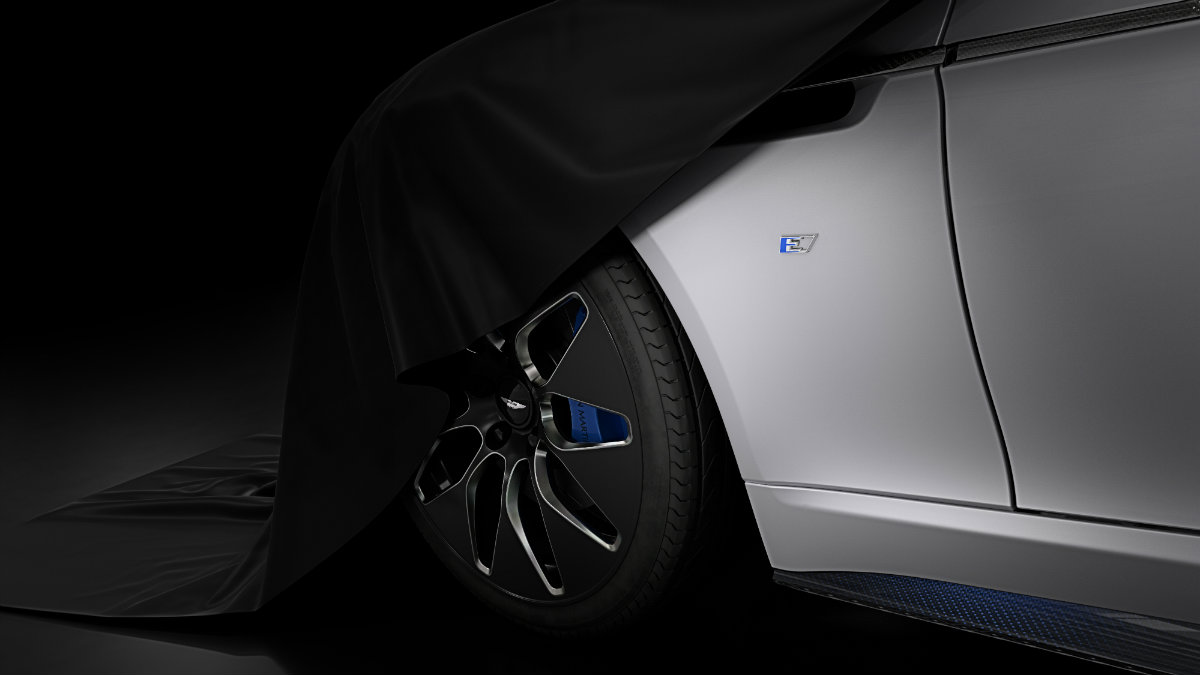 Rapide E to be Aston Martin’s first Battery Electric Vehicle (BEV), it was developed with Williams Advanced Engineering. Twin electric motors will produce over 610PS and 950Nm of torque creating the most powerful Rapide model. Performance and handling characteristics tuned to match or exceed those of the original V12 model. Rapide E will be first BEV to market with battery system. With the development of Aston Martin’s first all-electric production car – the Rapide E – progressing apace, the luxury British marque has confirmed a raft of technical details for the strictly limited 155-unit special edition. Working closely with Williams Advanced Engineering (WAE) as its development partner, Aston Martin has utilized the hugely successful world-leader in Electric Vehicle (EV) technology to kickstart a new era for Aston Martin’s powertrain technology and overcome the technical challenges associated with packaging the battery system and motors within the space available.

Throughout the development process, the engineering team has focused on achieving effective cooling of the batteries and motor to ensure consistent performance, while strict weight targets have been stringently observed using lightweight alloys and carbon composite materials. Rapide E will be powered by an 800V battery electrical architecture – the first BEV to market with such high capacity – with 64kWh storage capacity using over 5600 lithium-ion 18650 format cylindrical cells. These are mounted in a bespoke battery pack where the original 6.0-litre V12, its gearbox, and fuel tank were located. This battery system powers two rear-mounted electric motors producing a combined target output of just over 610PS and a colossal 950Nm of torque. The high-voltage system enables faster charging – up to 350 miles-per-hour – for added convenience, along with a DC/DC converter to also enable charging from 400V charge points. Rapide E’s range target is over 200 miles for the Worldwide Harmonised Light Vehicle Test Procedure (WLTP). 0% to 80% of charge can be achieved in 31 minutes utilizing an 800V 95kW Rapid DC charger.

The car’s exterior has also been aerodynamically optimized and complemented with newly-designed aerodynamic wheels. Shod with Pirelli P-Zero low rolling-resistance tires featuring noise-cancelling foam, Rapide E aims to achieve higher levels of real-world efficiency over the standard Rapide S. Being an Aston Martin, the Rapide E is being developed with a high-performance objective. Projected top speed for the Rapide E is 155mph, with a sub-4.0sec 0-60mph time and a 50-70mph time of just 1.5sec. It’s important to stress that these figures are not restricted to a narrow window only when the batteries are fully charged. Instead, the target is for maximum performance on-demand throughout the majority of the battery state of charge window, as would be expected from a conventional internal combustion-engined car. This includes the ability to enjoy driving at top speed for sustained periods on the autobahn, or the type of repeated hard acceleration and braking typical of enthusiastic driving on sinuous secondary roads.

It has also been an objective of the project to retain and enhance the feel, character, and delivery of the V12-engined Rapide S. To this end, careful attention will be paid to the development and tuning of both the electric powertrain and the chassis, with particular focus applied to software integration. The rear-wheel-drive Rapide E’s twin electric motors will drive through a Limited-Slip Differential, which combined with revised spring and damper rates ensure the pure handling characteristics for which the petrol-powered Rapide S is already renowned. Though the Rapide E will be built in low volumes, it is being subjected to Aston Martin’s exhaustive testing protocols, with the dedicated WAE team working closely alongside Aston Martin personnel to ensure every aspect of the prototype test programme follows the marque’s established procedures.

Uniquely, Rapide E customers will be an extended part of the programme, with their comments and driving experiences providing an invaluable stream of feedback that will help shape and improve future Aston Martin EVs. In addition to WAE, the Rapide E programme enjoys the support of other technical partners including, Integral Powertrain Technologies for the electric motors, Xtrac for the transmission and the H1PERBAT project consortium with grant funding from the Advanced Propulsion Centre. Speaking of the Rapide E programme, Andy Palmer, CEO Aston Martin, commented:
“Environmental responsibility and sustainability is a global challenge faced by us all. As a career automotive engineer, I’m proud that the car industry is leading the way in finding long-term solutions and reducing harmful emissions. As Aston Martin’s CEO, I take particular satisfaction working with Williams Advanced Engineering and our other associated technology partners to bring Rapide E to reality. As our first all-electric production model, Rapide E will fast-track our knowledge and help us ensure the character and high-performance capabilities of our future EV models and enhance the unique qualities found in all Aston Martins as we know them today. Rapide E will also serve as a critical step on our path to re-launching Lagonda as the world’s first zero-emission luxury marque”.