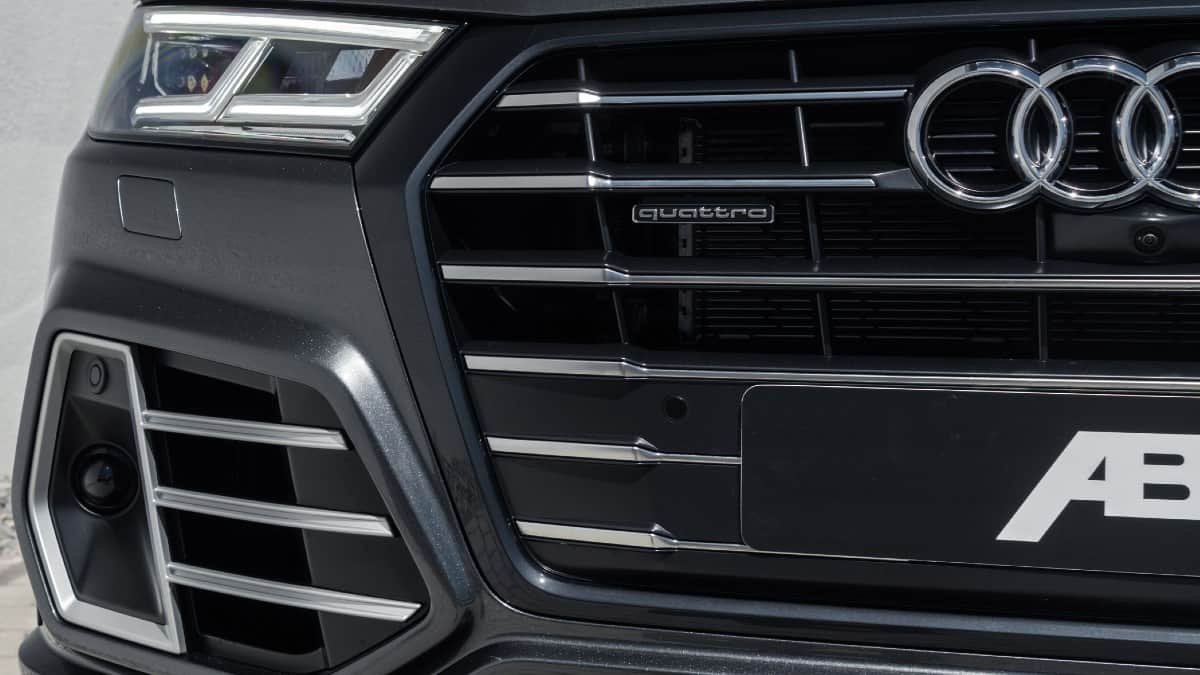 Audi Q5 TFSI e gets more hybrid power and aero package from ABT.

From a performance perspective, the 55 TFSI e Quattro is on top of the Audi Q5 range. The power output of the standard plug-in hybrid is impressive already with its 367 hp (270 kW), with the ABT package it goes up to 425 hp (313 kW) and 550 Nm – this is even more than what the standard SQ5 delivers. ABT Sportsline extensive aero package takes this power SUV into the limelight. The scope of delivery includes a front skirt, door strip attachments, rear skirt, and 102-mm twin carbon end pipes. A rear spoiler can be fitted upon request. The particularly striking widebody package also includes fender extensions. They not only lend the Q5 55 TFSI e Quattro an extremely sovereign appearance but also facilitate a spectacular 22-inch alloy wheel option.

The world’s largest tuner for Audi vehicles installs the dynamic and elegant ABT GR on the hybrid Q5. Here, a glossy black wheel body contrasts with a diamond-finished rim flange. However, the ABT GR is not just a pretty face. Its fine balance also contributes to optimum handling. And that is not insignificant for a high-powered vehicle such as the Audi Q5 55 TFSI e. This cutting edge, plug-in hybrid vehicle combines a four-cylinder petrol engine with 252 hp (185 kW) and 370 Nm with an electric motor.

Thanks to the performance upgrade from ABT Power, the combustion engine now achieves 310 hp (228 kW) and 420 Nm. When combined with the standard electric motor, an impressive system performance of 425 hp (313 kW) and 550 Nm is achieved. The same ABT performance upgrade is also possible with the 50 TFSI e, which uses the same petrol engine.

Since the factory-installed electric motor is slightly less powerful, the system performance of the series vehicle is 299 hp (220 kW) and the total torque is 450 Nm. Furthermore, the Bavarian company also offers attractive details for the interior. Alongside ABT integrated entrance lights, the latest additions include the start-stop switch cap and gearshift cover.